Early autumn is the period around Liqiu, also known as ‘start of autumn’, the 13th solar term in East Asian. Autumn in Hong Kong is short but the most lovely, sunny, breezy and not as hot as the half-year-long summer. Traditionally Chinese would have dietary supplementation when season changes. The dietary supplementation in early autumn is called ‘tieqiubiao/貼秋膘’, meaning to eat more meat, particularly fat meat in rich seasoning. Generally speaking, people tend to loss appetite in summer and have lighter food choices, such as fruit and vegetable, or lean meat. Thus in autumn, there is a growing desire for better appetite in order to store energy to overcome the coming cool seasons.

Braised, stewed or grilled pork, chicken or duck, such types of dishes are those I would have in this season. However, it doesn’t mean that one eats too much out of sheer boredom. The key principle of my diet is ‘balanced’, which is to have balanced calories, proteins and fibers, such as to braise meat with dried vegetable, root vegetable or tofu, or to have meat with vegetable and grain in a meal. 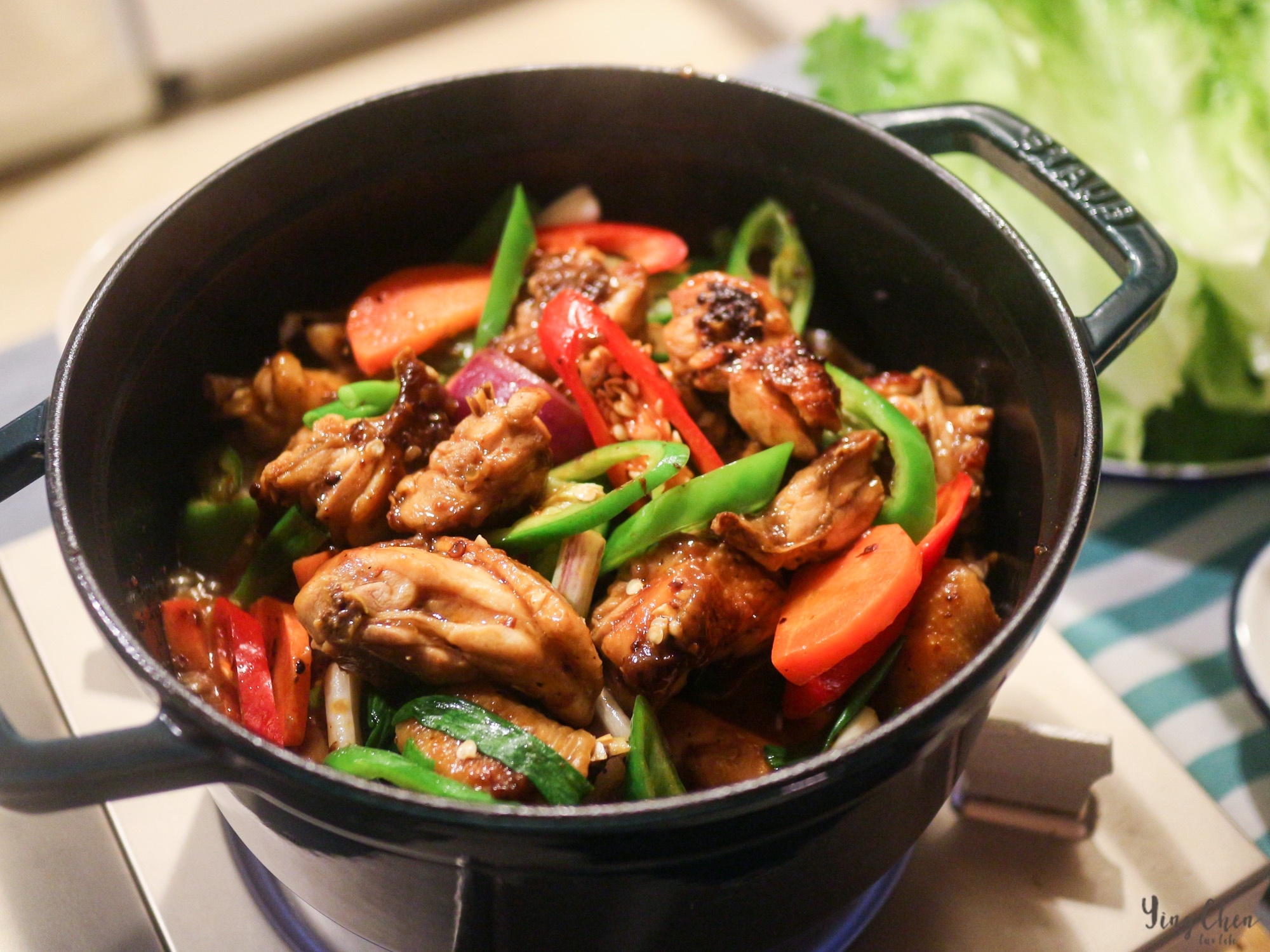 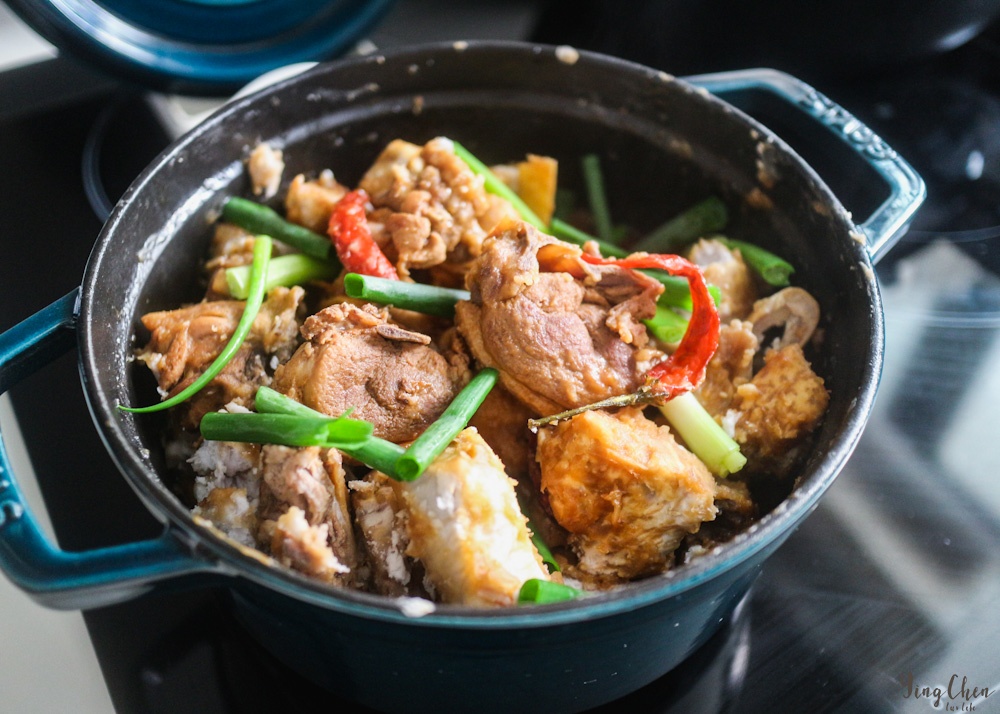 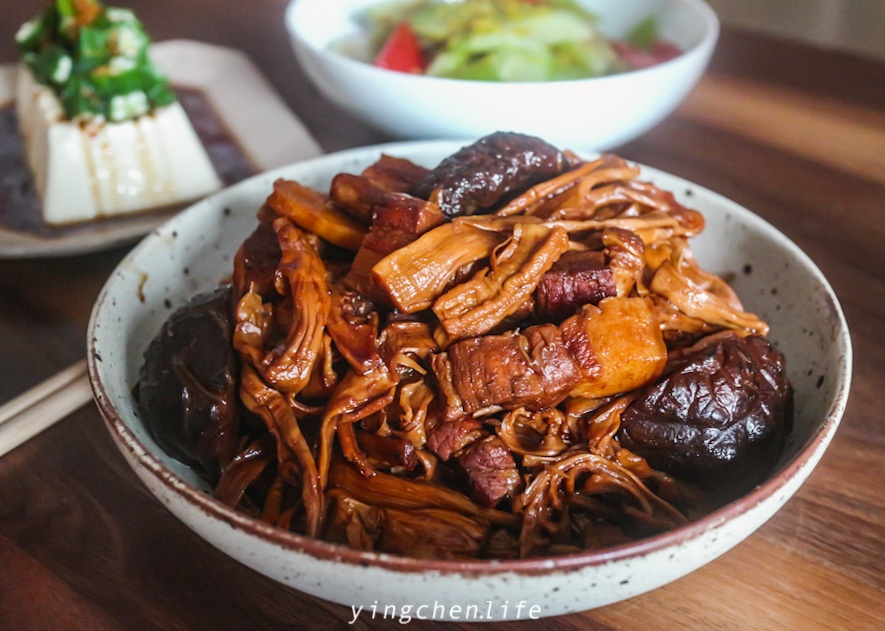 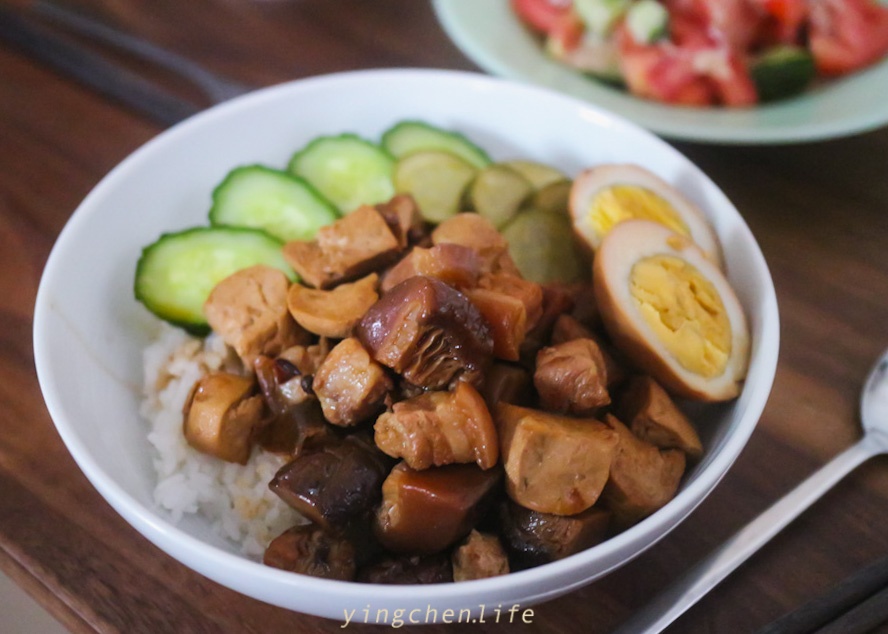 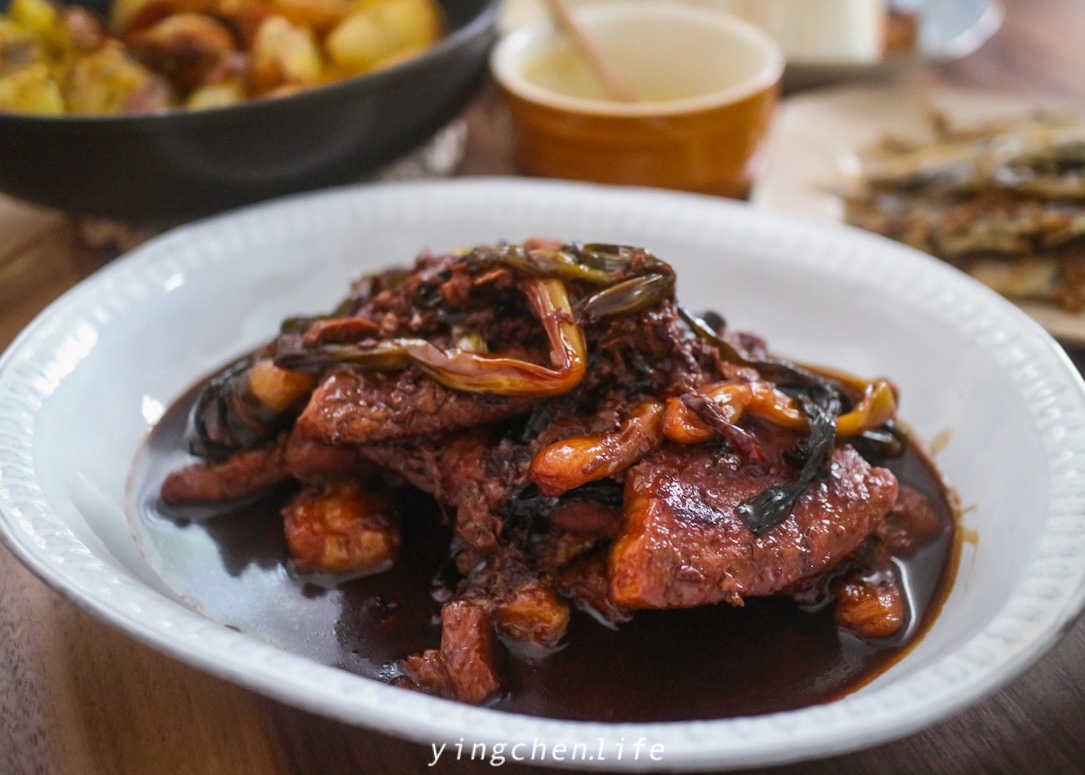