It will be Chinese New Year in a few days and I have prepared niangao for the festival. Nian-gao is a general term of cakes that Chinese usually have during Chinese New Year. ‘Nian’ means ‘year’ in Chinese mandarin pronounciation. There are a large variety of nian-gao in different Chinese cuisines, sweet or savoury, with or without filling, though most of them are usually prepared from glutinous rice, white long grain or medium grain rice. For a more convenient home-cooking version, they can also be made with rice flour. The most commonly seen ricecake is white ricecake made with white rice and usually sliced. Such type of ricecake in vacuum package can be easily obtained anytime in most Asian grocery stores. But during Chinese New Year period, usually on January or February, various types of nian-gao, even freshly made ones, can be seen in Asian grocery stores and Chinatown worldwide.

I also helped my friends to prepare some healthy vegetarian nian-gao, even vegan turnip cake (Lo Bak Go), Cantonese’s favourite nian-gao. Traditionally, Cantonese sausage and dried shrimp are essential ingredients in Cantonese turnip cake. In my vegetarian version, I replace them with lots of shallot and dried shiitake mushrooms.

In my nian-gao recipes, I love to use more healthy ingredients, less sugar, such as jujube date, ginger, red beans and black beans. After all, nian-gao is not only tasty but should be good for all ages. 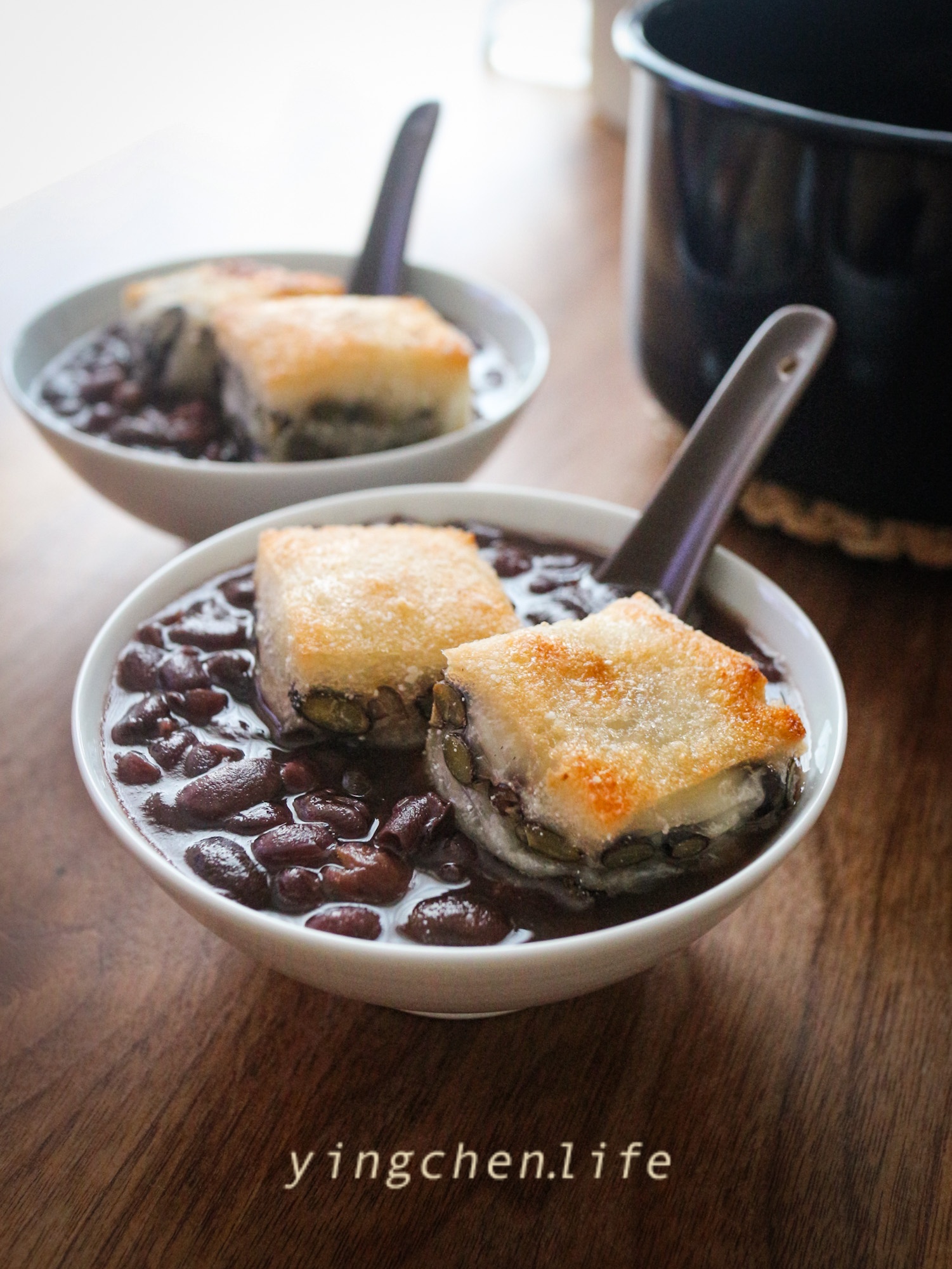 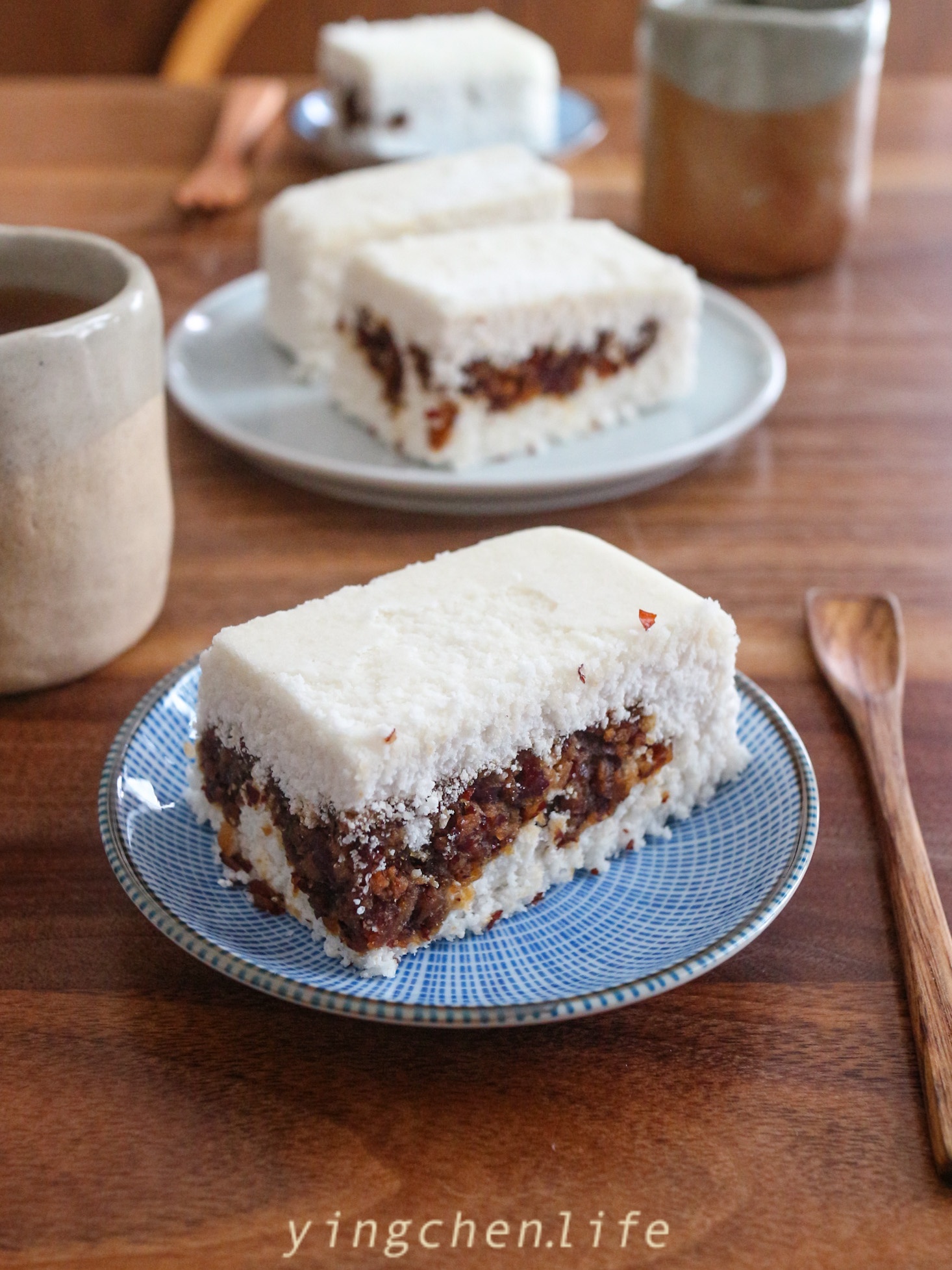 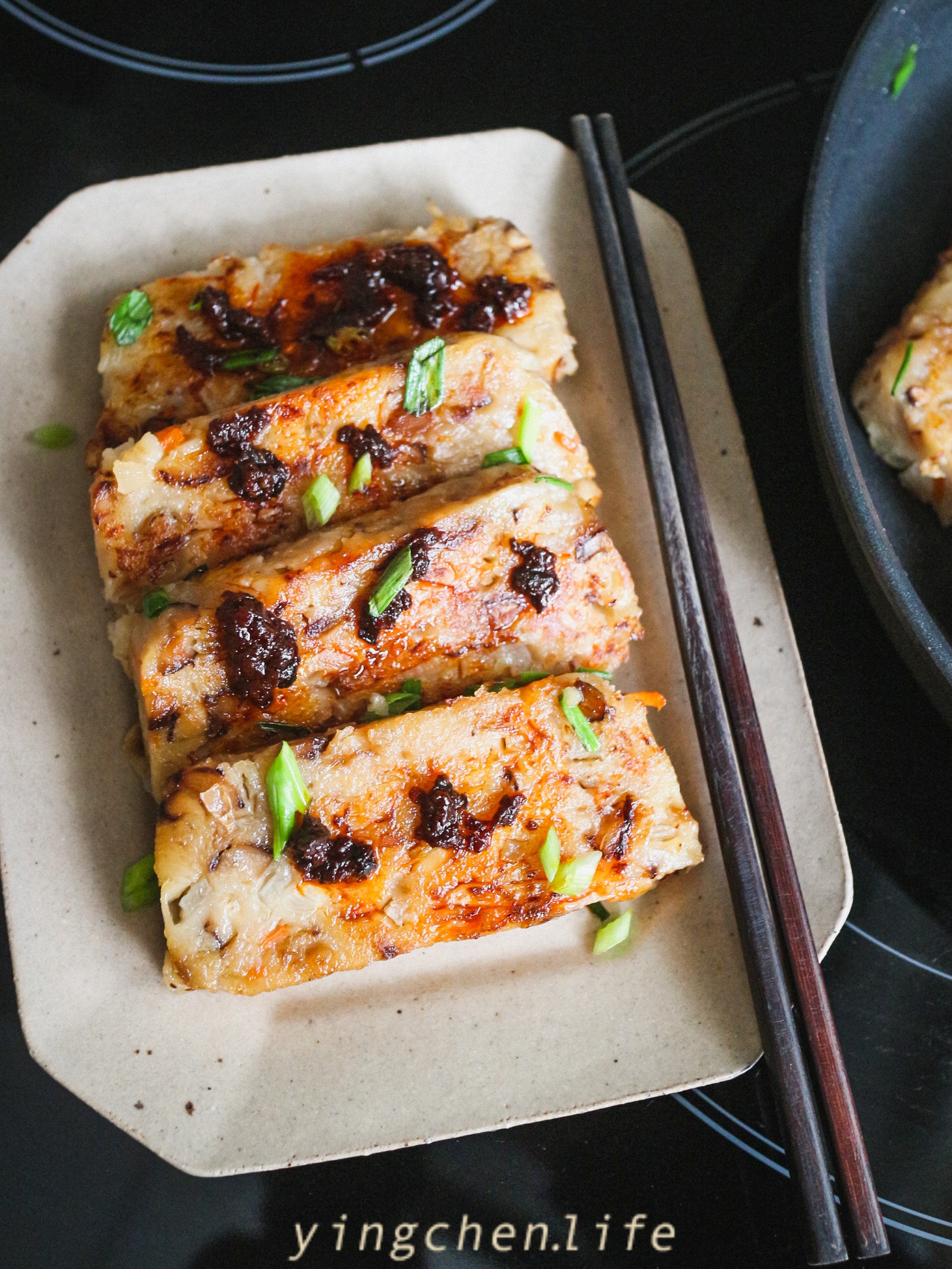 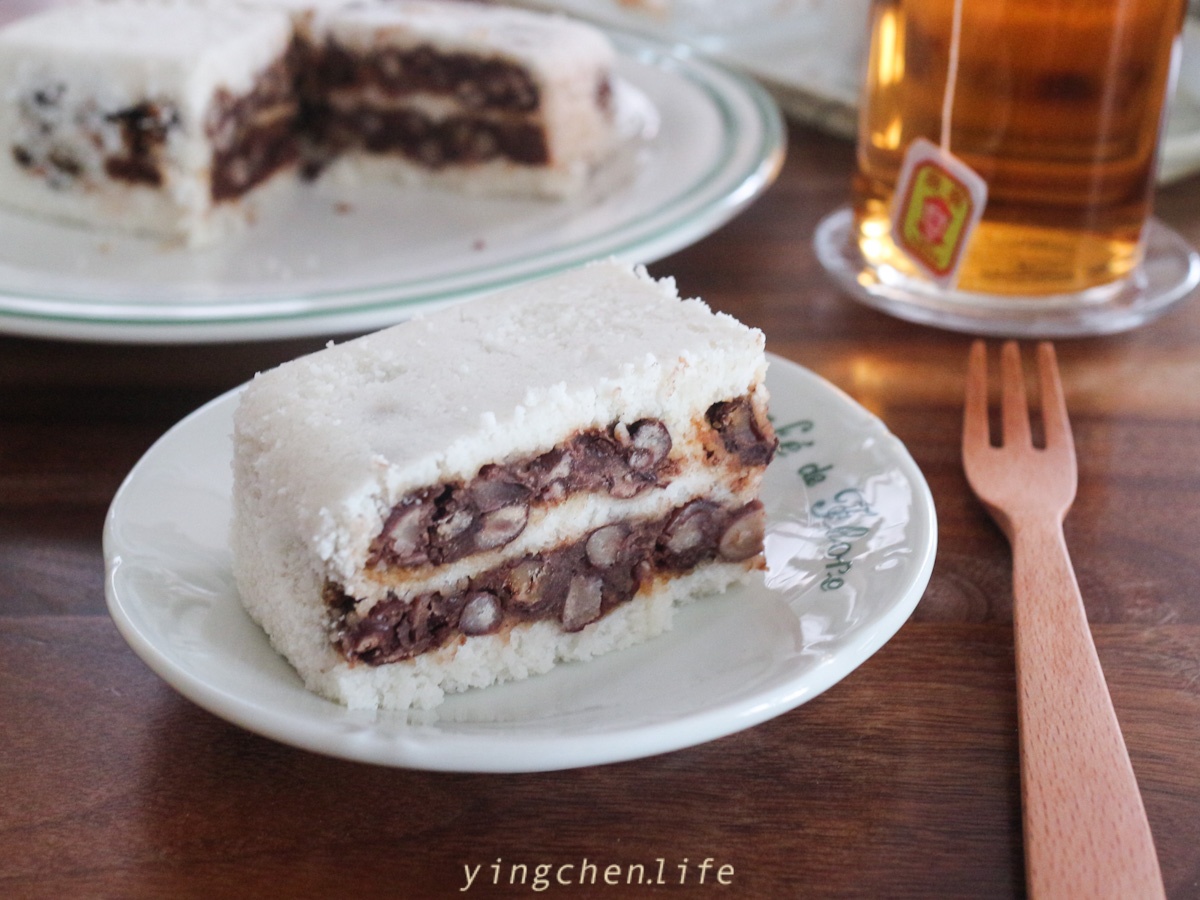 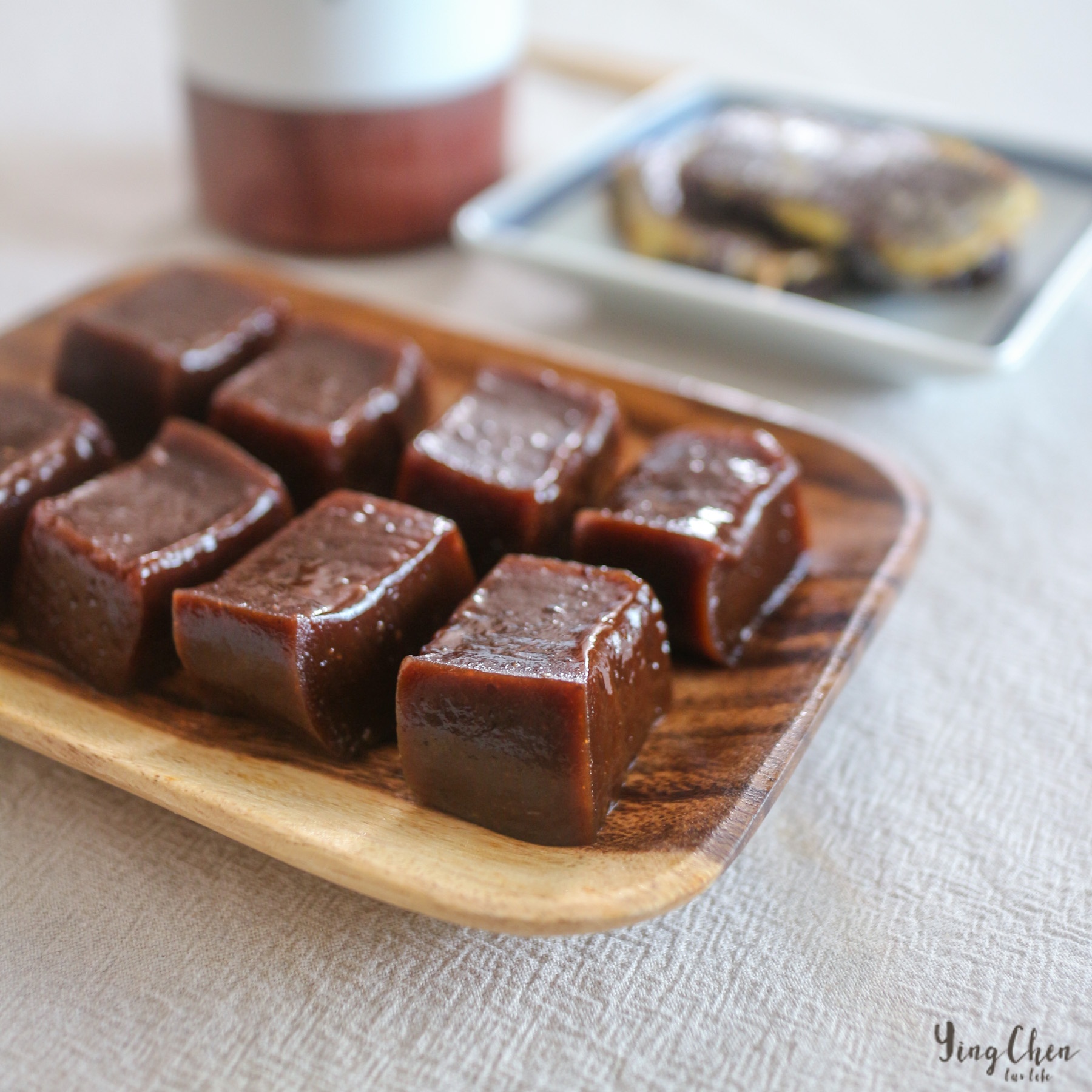